The two Buddha boards I surf in Bali and occasionally around home when it gets up a bit. Mitchell lived and shaped in Indo for a few years – he has a really good take on the surf up there. Both the 6’10” and 7’2″ work really well. I usually take the 7’2″ out at Sanur when it gets up to double over-head. It’s great on the take offs and has enough speed to race the inside section. The 7’10” cloud board is fun on the points around where I live when it’s 2-3 feet. – light and easy to turn. The Outer Island deep blue flex works well when it gets up a bit – nice and quick off the bottom. The red eye and flower board are good fun on 3-6 foot days. 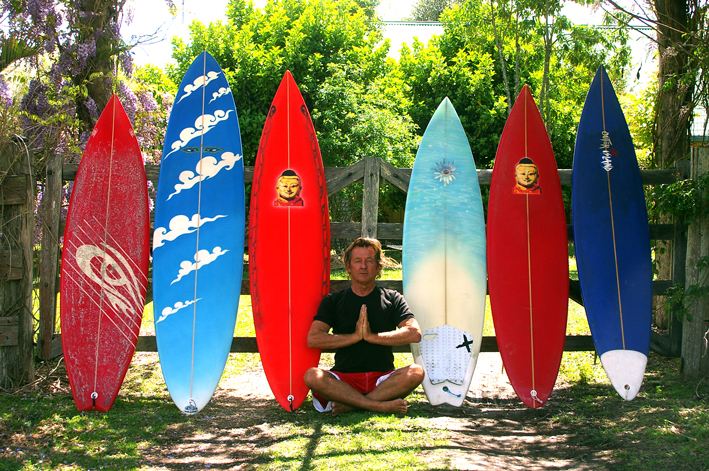 Never really got to ride any fish boards when we were working on Tracks in those early days. So I asked Simon Jones if he would make one – this is the first one he made for me. It’s around 6 feet. I really love the way it holds speed over dead sections. When it arrived from Simon it was mid summer – lots of holiday surfers around – pretty crowded – so it just sat in the house for about six weeks. Then Dave Rastovitch called by on his way up the coast and sighted the board and asked when did I get it and very casually I said about a month back. He was astounded that I’d had the board that long and not surfed it. So the next day I took it out and after that didn’t get off it for a year. Now I would like to take it down to about 5’6″. 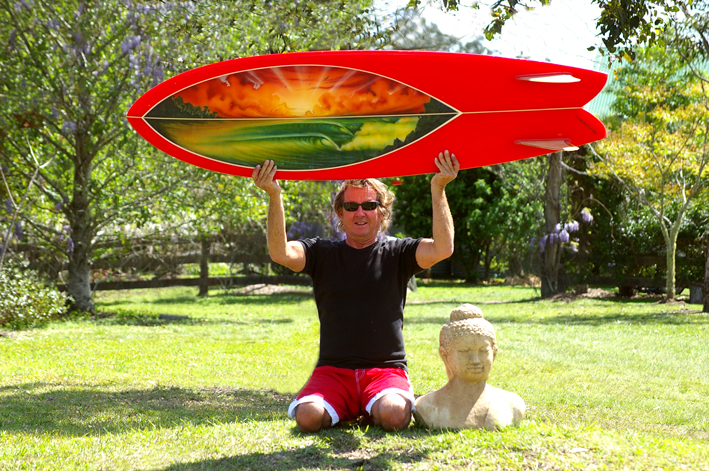 The Outer Island space board

This beauty was made three years ago and was displayed in the foyer at the State Theatre in Sydney during the Morning of the Earth Live performances. It was really a buzz to have a beautiful state of the art design from Mitchell as a showpiece for those attending.

It has a truly magnetic quality. It’s a 7’2″ flex tail single fin. Think I’ll take it back to Mitchell and ask him to give it a non-slip deck and launch it on the next clean decent size swell. 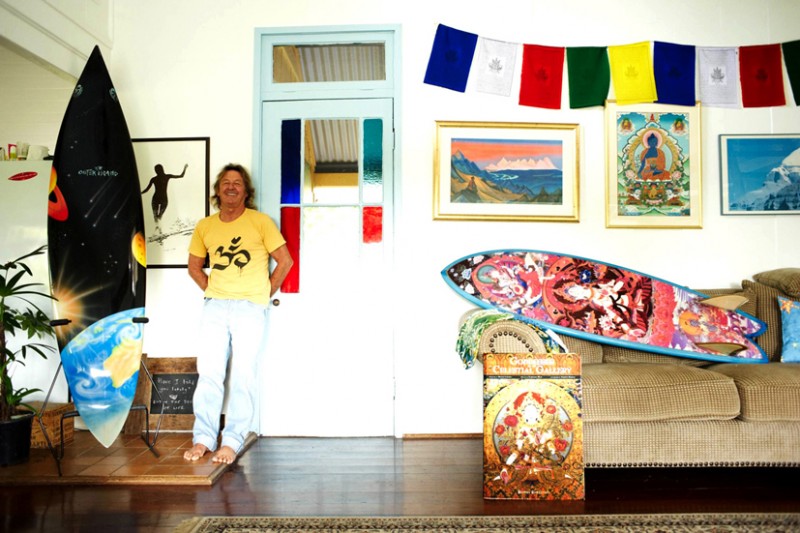 The little goddess – “blue board of happiness”

Simon Jones shaped this board and I’ve pretty much ridden this for the last two years. It’s such a fun board. Soft rails, easy to turn and holds the speed. The goddess designs on the bottom of the board where inspired by paintings of Tara the female goddess of compassion. After collecting the board from Simon we took it to the Crystal Castle near Byron and photographed the board around the area including in the water at the base of the large Buddha. Afterwards we did a magnetic reading on the board to see how energised it was. The magnetic radius extended for about ten metres – which is pretty amazing considering that most boards manufactured by machines here or overseas have very little magnetic quality. The subtleties of these energies, particularly in the line-up cannot be underestimated. They contribute to an overall sense of harmony, the effect may not necessarily be apparent immediately however over time this energy will contribute to a more positive and healthy atmosphere in the water – and on the land. The energetics of board design and artwork certainly are worth considering when you order your next board. We recently did another reading (almost two years later) and the board has retained its energy dynamics and its electro-magnetic field extends to ten metres. 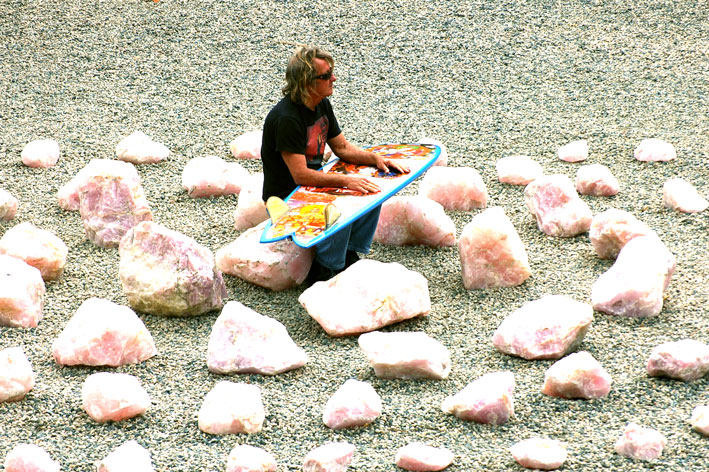 Another Bali board. It’s really fast and slips into those waves really well. Haven’t ridden this one for a few years – about due to give it a go out. 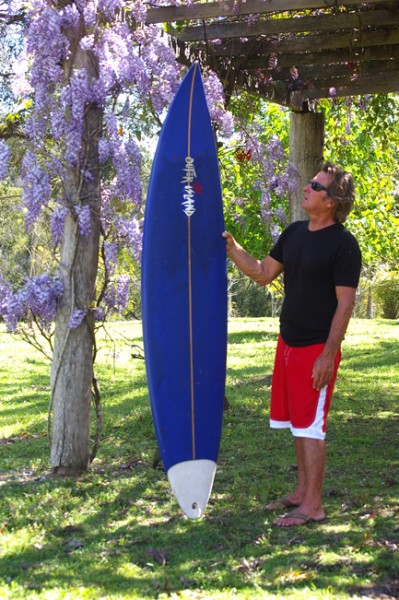 Mitchell’s thinking about doing a range of Buddha Stix – here are a few designs we’re working on. The boards are not limited to fish shapes – they will cover a range of performance and classic designs. High quality mandalas will ensure a deeper experience and a higher level of consciousness in the ocean of life.

This entry was posted in Surfboards. Bookmark the permalink.