“There are one hundred billion galaxies each one with one hundred billion stars. How do you get your mind around that? Try this: on a starry night, extend your hand above you. Behind one fingernail a million galaxies are concealed. Each galaxy is 100,000 light years across. Awesome. Literally. Even more mind-blowing is the notion that the Universe may have to be this big in order for human consciousness to arise. As Stephen Hawking puts it, ‘the Universe is as vast as it is because we are here’.”
Eric Maddern 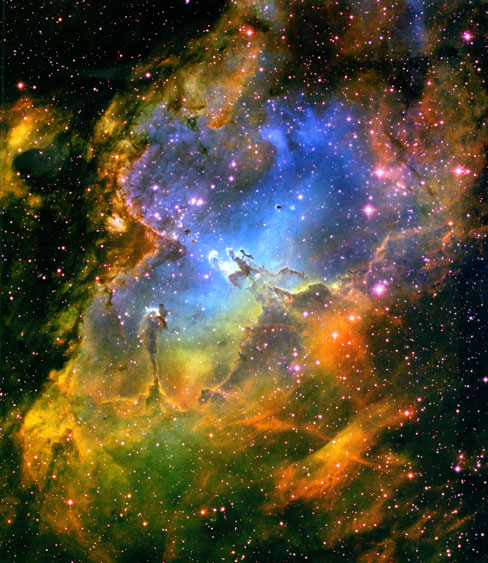 “We speak at times of an expanding universe, what we really mean, is an expanding consciousness, for this etheric body of an Entity, Space, is the recipient of many types of informing and penetrating energies, and it is also the field for the intelligent activity of the indwelling Lives of the Universe, of the many constellations, of the distant stars, of our solar system, of the planets within the system, and of all that constitutes the sum total of these separated living forms. The factor which relates them is consciousness and nothing else, and the field of conscious awareness is created through the interplay of all living intelligent forms within the area of the etheric body of that great life which we call SPACE.”
The Tibetan

“The quantum pioneers took an astounding leap when they said that, all things in time spring from the timeless, and that all certainties are in fact mysteries when you really come down to it. If religion had proved the same facts about us, we would know our souls as surely as Einstein knew that the speed of light was an absolute number, beyond which nothing in the cosmos can reach.

“Like the universe, you are both relative and absolute. The relative part is made up of everything you think, do, desire, will, and perform. The absolute part is the potential to do all those things. In a coma you lose the ability to connect relative and absolute, despite the fact that nothing material about you changes all that much. Going to sleep at night, you erase your personality, your memories, your likes and dislikes; yet when you wake up the next morning – or if you are in a coma and you regain consciousness – you are there, reborn in an instant, complete with your entire sense of identity. The fact that you were not erased during the night is because part of you rests in your soul, untouched by space-time events.

“Quantum theory is not a place to turn to for love. But it tells us that there is an unknown realm that is our source, and it hints that this unknown place is
Infinite, intelligent, capable of organising the entire universe, full of possibilities without end. The unknown is God in one inescapable regard: it is the only place where you can truly know the fate of your soul. In the 21st century, everyday events will take care of themselves, and human nature will roll along a course that is well chartered by philosophy and psychology. Only the unknown can change this course, and the unknown is inside ourselves. Revere this place, and when you can embrace it fully, the supreme miracle – a world that can finally live in peace and love – must occur.”
Deepak Chopra 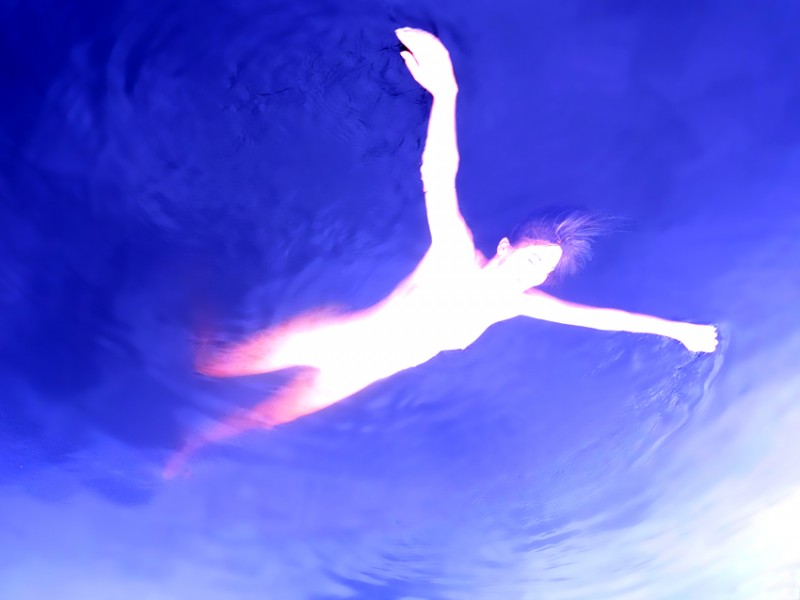 Now see if you can get your head around this one…

Paramecium, a ciliated infusorian, a unicellular animal of comparatively simple structure, having a cell wall, with fine hair-like processes called cilia, has been kept under observation for many generations. L.L.Woodruff has demonstrated that this little animal is able to reproduce itself without experiencing conjugation, and is potentially immortal. He has shown that the original substance of an individual, though it divides again and again, does not necessarily perish, but continues to live. Death, though it may be accidental, is not an inevitable part of its fate. Woodruff observed Paramecium for more than eight thousand, five hundred generations, during which time, (thirteen and a half years) there was no conjugation, which means that the original substance was in no way added to by another individual of the same species. During this time the individuals that resulted from the repeated divisions remained healthy. Such a series of generations, if translated into human terms, would represent some millions of years. During this time there was no natural death. Each individual, as it became mature, divided into two that again divided. In the course of such an experiment vast numbers were disposed of, and Woodruff calculated that if he had been able to keep them all alive, and all their potential descendants, they would have produced a volume of matter equal to ten thousand times the volume of earth, and that the rate of growth at the end of fifteen years would be extending its circumference into space with the velocity of light. From this we can clearly see how life and death balance to make existence possible on earth. The many die by accident, but the potential of life appears immortal.”
From Descent of Spirit. Writings of E.L. Grant Watson
Published by Primavera Press SYDNEY

This entry was posted in Space. Bookmark the permalink.