The UN has designated 2015 as the International Year of Light – a celebration to mark a series of anniversaries in the history and development of our scientific (and spiritual) understanding of light. World Goodwill is one of thousands of international organisations who are conducting seminars and conferences around the world on Light. The following articles are from The World Goodwill Newsletters and cover a number of topics relating to light: Light and Enlightenment, The Path of the Heart and the Head, Light in Spiritual Cosmologies and Building in Light Substance.

Poets, philosophers and esotericists often think of light in terms of consciousness; knowledge, wisdom, understanding, joy and beauty are all characterised by different tinctures of light. In a future age of light, we can expect wisdom and the more refined lights of the soul, to be reflected in an outer-world of light based technologies and arts. Culturally this inner light will be expressed by a deeper and richer understanding of wholeness and interdependence. It is not the eye that changes but the mind that interprets what comes through the eye to see wholeness and interdependence in a way that we cant imagine seeing it now. This will increasingly inform every profession and every aspect of life, from economics to psychology, art to politics. World Goodwill is an International movement hoping to mobilise the energy of goodwill and to build right human relations.

From the very dawn of time the light of the sun has been revered as the life-giver, that which takes away the darkness of the world and embodies the good, the righteous and the true. Light has always held a central place in the many cosmologies of the religious and spiritual traditions of the world. All things were understood as coming from darkness and eventually entering into light. All that is, is the result of the interplay between these fundamental and conditioning dualities. In Genesis 1 we read, “In the beginning God created the heaven and the earth. And the earth was without form, and void and darkness was upon the face of the deep. And the Spirit of God moved upon the face of the waters. And God said, Let there be light and there was light. And God saw the light, that it was good and God divided the light from the darkness.” Eastern cosmologies extend the depth of understanding to include layers of worlds blending in and around one another. For example, Hindu cosmologists posited more questions than they answered. In the Rig Veda it states, “Neither being (sat) nor non-being was as yet… who knows from where it came into existence? None can know from where creation has arisen, and whether he has or has not produced it. He who surveys it in the highest heavens, he alone knows – or perhaps does not know.” (Rig Veda 10. 129). Tibetan Buddhist teachings present the idea that the source of all light emanates from the primordial mind. The original condition of all phenomena is a self-luminous, self-born state of clarity that was not created by anybody. This transcendent luminosity is identified as the source of all phenomena.

Theosophical writings propose that many millions of years ago, a great event, called individualisation, took place on our planet. In that far distant time, there occurred a potent inpouring of the light of consciousness, which ignited the spark of mind within the animal forms of the human beings of the day. Thus began the evolution of human consciousness. Light is related to the second aspect of divinity, the soul aspect, that which qualifies, colours, and differentiates the essential purity of spirit. One of the ways by which humanity has manifested this differentiation of light has been through the spiritual and religious faiths that have sprung up in response to human need. Perhaps the first intimations of faith stemmed from the observation of nature with its ebb and flow, its waxing and waning of light. The ancient cults, such as those of Mithras in the Roman Empire, and Mitra, its Hindu counterpart, held as their cornerstone the worship of the sun and, particularly, the key points of the annual cycle – the equinoxes and solstices. These cycles in the natural world coincide with the cycles of the soul.

When the sun in all its majesty sinks out of view each evening, another type of light, like a delicate filigree, opens before our view. Ancient peoples were fascinated with uncovering the mysteries of the silvery light of the night sky, unravelling its stories and formulating them into myths through which the heavens could reveal themselves. It’s said the whole history of humanity can be known from the stories hidden within these simple myths.

“To one who goes over the bridge, the night becomes like unto day, because in the worlds of the Spirit there is a light which is everlasting”
Upanishads

In ancient teachings, the word for light was often understood to be synonymous with the word for God. This light, or god, came to be recognized by humanity in both its transcendent and immanent forms. Humanity has always had its Light Bearers, those who came to reveal the transcendent reality in a form adapted to the conditions of the time. These teachers have taught and demonstrated through their being the means whereby the light could be contacted, known and expressed within the crucible of the daily life. Schools of thought – philosophical and religious – emerged over the centuries in different centers of the world, in Europe, Persia, Egypt, India and Tibet, each contributing to a vortex of energy to which spiritual seekers were drawn in their search for light. The teaching went forth from Master to disciple through a rigorous system of mental and moral disciplines that facilitated tremendous progress for the select few. The great sage Patanjali who, by some accounts, lived as long ago as 10,000 B.C., was the first person to write down the oral teachings of the yogic tradition that had been carried forward through the centuries to aid humanity in its pursuit of light. Later, around 1,500 B.C., Vedic literature began to emerge, which provided the basis for the Hindu religion.

One of the most important teachers of the pre-Christian era was Plato. His allegories of the sun and the cave powerfully illustrated the human condition. Plato used the image of the sun to help define the true meaning of the Good. The Good, he wrote, “sheds light” on knowledge so that our minds can see reality, free from the distortions that normally control. The Good enables us to see with the “mind’s eye” transcending the limitations of the physical eyes. Plato believed the sun bequeathed its light so that we may see the world around us.

Plato’s allegory of the cave is perhaps the best known teaching from The Republic and highlights the theme of light and the general condition of glamour and darkness in which the bulk of humanity lives, seeing all things distorted and misshapen. Those who begin to emerge from the cave and enter into light must go through many trials as they learn to see within this new reality. Socrates, Plato’s teacher, insisted that the enlightened are obliged to return to the cave in order to help free the prisoners, even if it results in death. In this tale, Socrates is implying that the enlightened philosopher must descend from a continuous intelligible contemplation of the good to share in the visible lives of his fellow citizens for the well-being of the whole.

The Buddha came forth at a time when there was a tremendous inpouring of the light of the second aspect of Divinity, identified by Alice Bailey as the ray of love-wisdom, which was active in northern India around the 6th century B.C.. The Buddha broke with the Vedanta traditions of his day and also with the ascetic practices that were common among the wandering monks, in search of the light of liberation. The Buddha’s Four Noble Truths focused upon the suffering incident to desire, and the Noble Eight-Fold path provided the steps on the way towards the goal of enlightenment. 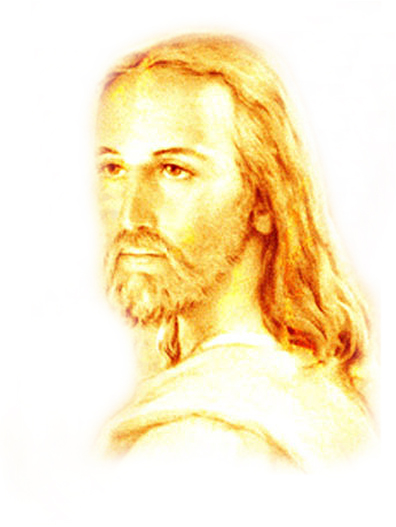 The Christ, the great brother of the Buddha, came forth upon the second aspect of the second ray, the love aspect, whereas the Buddha came forth upon the first aspect, the wisdom line. Christ was described by St. John as the “Light of the World” and much of his teaching was concerned with bringing forth this light. He taught the significance of the inner eye, the third eye, when he said, “If thine eye be single, thy whole body shall be full of light.” The Buddha and the Christ are the greatest Avatars who have so far come forth to our world. They were responsible for using the light, in conjunction with their followers, to deal a major blow to some of the distortions and illusions in human consciousness.

Some time between the 5th and 8th centuries A.D., the great Shankara emerged in India to shine a light on the Vedic tradition, with the end in view of freeing it from some of the crystallizations that had set in over the centuries since its inception. He taught monasticism and focused on a non-dual philosophy. According to Shankara, Brahman alone is real and the world in which we live is one of Maya that he likened to the trick of a magician. His most famous work, The Crest Jewel of Wisdom, taught that our central task as spiritual aspirants is to develop the light of the intuition. He taught that truth was known through reasoning, and not through endless rituals, ablutions and extensive breathing exercises.

One of the major gifts to humanity over the last 2000 years has been the great strides taken in the cultivation of the intellect. The light has poured into the mind of humanity, resulting in a tremendous wealth of creative expression. This creative light expressed itself through many avenues, including science and the arts. For example, Leonardo da Vinci’s paintings, such as The Virgin of the Rocks and the Mona Lisa, revolutionized the way in which artists perceived light and used it in their paintings. Within the field of science, the great Copernicus helped unravel some of the mysteries surrounding the sun. His treatise On the Revolutions of the Celestial Spheres, published just prior to his death in 1543, began a scientific revolution by positing the central place which the sun holds in our system.

The Path of the Heart and the Head, Light in Spiritual Cosmologies and Building in Light Substance to follow soon…

One Response to Towards an Age of Light – Light and Enlightenment