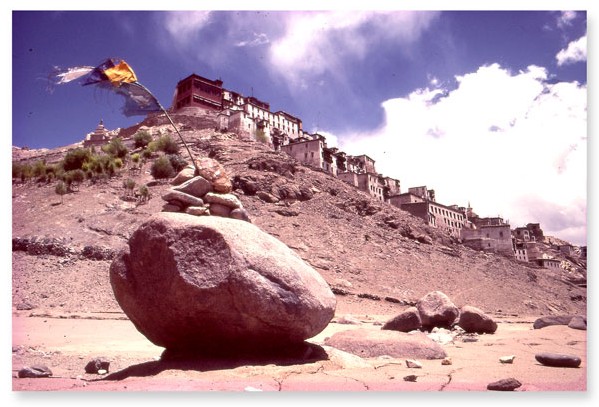 A mantram is a combination of sounds, of words and of phrases that, through virtue of certain rhythmic effects, achieves results that would not be possible apart from them.

The most sacred of all the eastern mantrams given out as yet to the public is the one embodied in the words:
OM MANI PADME HUM

There are various mantric forms based upon this formula and upon the sacred word which, sounded rhythmically and in different keys, accomplish certain desired ends, such as the invoking of protective angels, or devas, and definite work, either constructive or destructive, upon the planes.

The potency of a mantram depends upon the point of evolution of the man who employs it. Uttered by an ordinary man it serves to stimulate the good within his bodies, to protect him, and it will also prove of beneficent influence upon his environment. Uttered by an adept or initiate its possibilities for good are infinite and far reaching.

In Ladakh, in Northern India, Mani stones are made into walls, usually near temples – sometimes in the middle of scorched barren landscapes. Prayer flags and Mani stones are left throughout the country in remembrance of what is important – for blessings and unification with their inner world of spiritual beliefs. 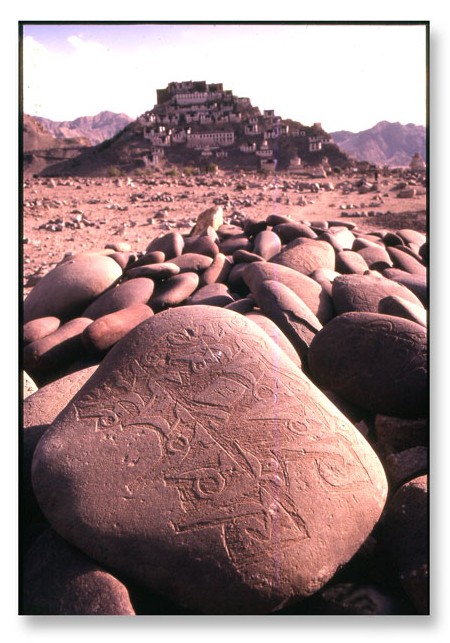 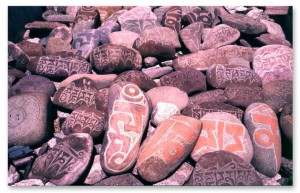 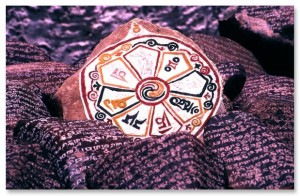