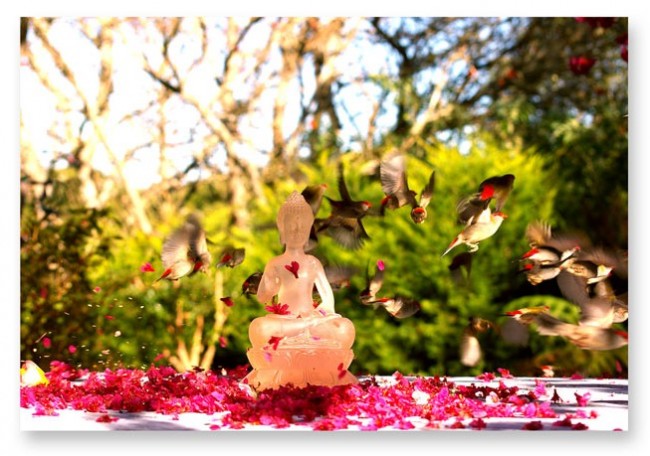 Take for example agriculture, the purpose of which was to produce nutritious food whilst ensuring that the land remained in good heart for all future generations and for good health of biotic communities. Agriculture was a way of life that gave farmers their dignity, and in turn they cultivated the crops with tender loving care and considered their work intrinsically good.

Then came money, which changed everything: agriculture turned into agribusiness and the paramount purpose of it became the making of money. Food became a commodity and yet another means of making large profits. As a result British farmers – even those with 2000 acres of land – cannot make a living, and farm labourers are paid ten pounds an hour whilst bankers are paid one thousand pounds an hour.

The example of agriculture turned to agribusiness is only one illustration of how our society has lost sight of right and wrong. We can cut down the rainforest to make money, we can pollute the rivers and over-fish the oceans for profit, we can destroy the local economy in search of cheaper goods, no matter how much CO2 is omitted in the process. The bottom line always comes first. We can hire and fire people at will for the sake of boosting the economy; people have become little more than the instruments of making money. GM crops, nuclear energy, cloning and animal experimentation – nothing is forbidden, just as long as it adds to the GNP and increases the share value of corporations and companies.

Ethics, moral and human dignity are all secondary and subservient to the profit margin. Bankrupt bankers have to be bailed out even though we can all see that they and other business leaders are utterly incapable of solving the economic crises. Politicians and policymakers have to obey their desires.

No wonder then that our governments are completely incapable of creating conditions for the stability and wellbeing of people – because all social, political, educational and communal values exist solely to serve economic growth, which simply means growth in money supply, in GNP and consumption.

As long as we are wedded to this financial paradigm and its money model, the strong will exploit the weak, and our social and environmental fabric (and morals) will continue to fall apart.

The current economic crises gives us an opportunity to look deeper and examine the consequences of confusing the means with the ends. Money has a place, of course, but we must keep it in its place and not allow it to dominate our lives in such a manner that we lose all our bearings and become its slaves. Money was made to serve people, not the other way around. Unfortunately, we have allowed money to become the master and override all other moral, ethical and ecological values. There is more to life than an endless pursuit of money and profit.

Money is not wealth; real wealth is land, forest, rivers, animals and people. Wealth is created by the imagination, creativity and skill. Bankers and business leaders in search of ever-increasing profit are not the wealth creators; at best they are wealth counters, and at worse wealth destroyers. So let’s honour the true wealth creators: the skilled workers, architects and artists, craftsmen and women, teachers and doctors, builders and farmers; the economy is safe in their hands. Let us respect the generous Earth and wild Nature, the eternal source of well-being and prosperity. If we take care of people and Nature, then the economy will take care of itself.

Some people might say that this is too idealistic; but what have the realists done? They have made a complete mess of the world economy. Normally, we need idealism and realism in equal measure, but for the time being a little extra idealism will be helpful. We have had far too much realism.

Money must be guided by morality. And we are delighted to present this ideal in this issue of Resurgence, the first of a brand new year.

This entry was posted in Magazines. Bookmark the permalink.

3 Responses to Money and Morality