“He who makes music does not himself create it, but merely opens the door to a greater or lesser extent,
through which we hear the music of eternity.”

The Science of Consciousness
The Harmonic Choir performed in a small church near Circular Quay in Sydney in the late eighties. We went along to the performance not knowing what to expect. At the time, little was known of David Hykes’ work.

After a short meditation with just a small gathering of people in attendance, the group performed. It wasn’t a “choir” in the traditional sense, just four or five people standing in a circle and no musical instruments. They began quietly and slowly to create a strong sound resonance and vibration that eventually harmonised to introduce what appeared to be another high pitch sound that could be heard as part of the groups chanting and yet clearly distinguishable from the sound created by the group. It was as if a channel had been formed into the cosmos, opening a portal and allowing a high-pitched sound to enter the performance and lift the sounds to another level.

It was a unique and memorable experience and an evening that those in attendance will never forget. Afterwards we met David and the group and thanked them for the incredible moving experience that we all shared.

A year or so later we met up with David in New York. He was rehearsing in Saint John The Divine’s Cathedral for an upcoming performance and invited us to sit in on the rehearsals. The Cathedral is a beautiful building with subtle acoustics. David and the Harmonic Choir were rehearsing in a large room away from the main Cathedral area.

We sat in the rehearsals in what appeared to be a timeless space totally absorbed in the harmonics of the sounds created by this unique group.

Afterwards, along with David’s wife Michelle and members of the choir, we went to dinner.

I spoke with David about making a film on “The White Island” in the Gobi Desert in Mongolia and suggested that the Harmonic Choir’s unusual sounds would be perfect for what we had in mind. He was very humble and offered the use of the music when the film was completed.

We never made the film – well not in an objective sense. But in a way the film was already in existence, more than likely is the same place his music originates from.

In the higher more subtle realms everything already exists. Like the channel created by the Harmonic Choir we just have to sound the right note and it will open and appear for us. Who knows, perhaps “The White Island” is ready to materialise for all to see right now. Like the beautiful higher vibrational sounds created and channelled by David Hykes and the Harmonic Choir its all there waiting for us when we are ready to listen and hear, look and see. 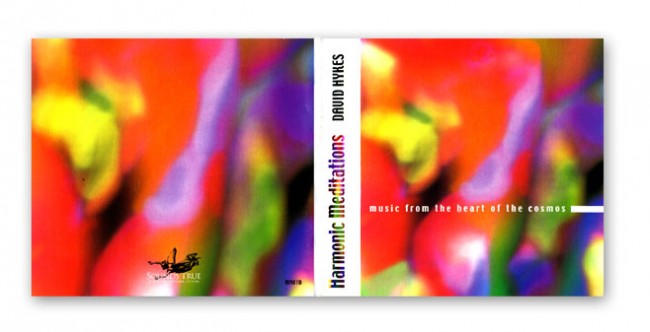 David Hykes’ Harmonic Meditations has the rare musical power to help heighten consciousness just through attentive listening. Hykes is the legendary composer and musician who introduced Western audiences to the “throat singing” of Tuva, Tibet and Mongolia, collaborating with the Dalai Lama and the Gyuot monks. The universal sacred music he has developed, the Harmonic Chant, is centered on the possibility that “the heart can open to its true, deepest level, the mind can find its luminous original nature, and the harmony is omnipresent.” Here are ten compositions that can help open you to deep states of expanded consciousness, in resonance with the vibrational frequencies of the cosmos itself. 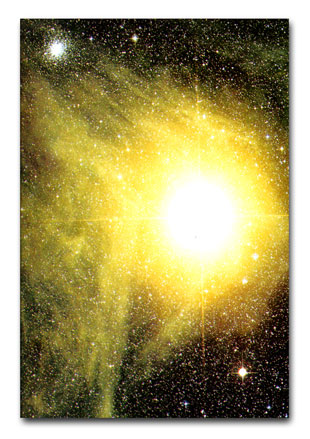 “It will allow you to listen with your heart”

Since bathing in Harmonic chant, a true abode of the spirit; I have made a lifelong study of true healing sounds which are an integral part of my medical practise. My wife Laura and I have sat with Gregorian chanting monks in France, Canada, and across America. We have sat with the Gyuto monks chanting in Dharamsala, and found in all cases of sacred music a profound paradox; the monks chant in order to learn to better listen. What do they listen for? They listen for the inaudible – whether it be the word of God or the reality of another spiritual quest. Certain sounds open our spiritual ears, as Dr Alfred Tomatis, another true original in the world of sound therapies taught me years ago. If he is accurate in claiming, ” the ear builds, organizes and nourishes the nervous system,” then I want those I love ( and that includes you too, dear reader ) to hear more Hykes! As “like cures like” in classical homeopathy, so too perhaps can Harmonic Chant bring harmony in our lives.

I commend this extraordinary series of performances to the listener because it will help you quiet down and open up; it will help you find some real breathing room; and it will allow you to listen with your heart. Because it is entirely unique and catches the soul unawares and unprepared, the sounds tip us up, way up, delicately onto a new plane of growth and love and entire delight in the moment. 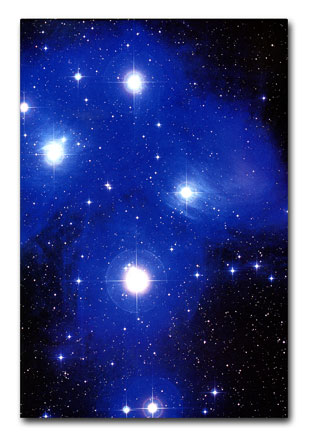 Harmonic Meditations
For Your Silent Original Listening, for Your Radiant Original Presence

“The quieter we are, the closer we get”
by David Hykes

Luminous Void,
We saw each other,
Only one remains.

Harmonic Chant is an enlightenment – dedicated musical practise, a universal sacred music open to all, centered on the possibility that the heart can open to its true, deepest level, that the mind can find its luminous original nature, and the harmony is omnipresent.

The soundly – silent Harmonic Presence path works with concentrated musical force, full spectrum listening, and silent awareness, opening to the harmonic nature of all sound and listening, all voices, and the universe itself.

The luminous primordial awareness – listening, silent – comes first. The quieter we are, the closer we get. The emphasis on silent awareness and attunement, on the harmonization and accompaniment at the heart of all “joyful noise” helps the Harmonic Chant experience to open beyond immediate self to “chant locally but listen globally.” Sound listening awareness can be a moving, luminous lens to help find greater harmony everywhere along the wave front of existence. The sounds, the vibrations, you hear and feel are your own silent listening singing.

The harmonic axis stretches from finest spirit to deepest matter, from the absolute original vastness to the first stirring in the emptiness. This even, homogenous harmonic presence, the selfless suchness of the spectral universe, the primal utterance, resounds still at every scale from there to here, from here to there, in the sweeping breath of the heavens, from Earth to the infinite in a timeless and gentle wave.

In one example of yogic work practised during Harmonic Presence retreats, after the necessary preparatory exercises, the in-breath stretches up to a highest luminous point and the down-breath sweeps out and through the body space, an ongoing pranic nourishment of the inner being. The highest harmonic point in the dome aperture allows a down-pouring of the spirit throughout the body space, offered as a resonant realm of blessings to all nature and being.

The so-called esoteric experience level only begins when the egotistical and explosive nature of the “me, myself and minefield” is quieted down – one might even say toned down – enough to be silent, though absorption in its own heart-felt need for inner work. It also depends in part on an emotional opening, possible when I can humbly admit my own living emptiness, and therefore can find the help I need. The universe always answers when the call rings true. The idiosyncratic master Gurdjieff liked to speak of “self-initiation.” Self-knowledge appears when I am humble enough, empty enough, quiet enough, to really receive. 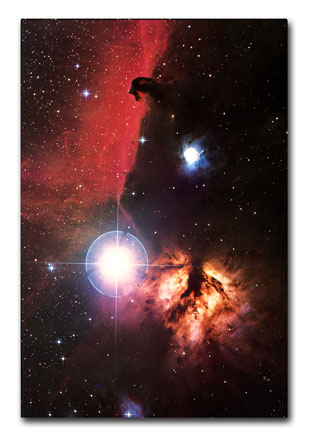 In the beginning was the listening

In the sonic harmonic is the breath, in the breath is the listening, in the listening is the space, in the space is the silence, in the silence is the awareness, in the awareness is the light, in the light is the ultimate ground, the Absolute. By taking the path of return, the path of pre-incarnation, you arrive at the source of your consciousness and of all this manifestation.

The space you’re in – is harmonic space. The harmonic vibrations, sung or unsung, are one with the space. The vibrations makes the space and the space makes the vibrations. The consciousness is a blend of the space and the luminosity. Luminosity has a sound. The correct balance of all the elements, the vibrational ecology, allows the smooth, even state of non-separation to reappear. The even sensation of body as space and space as body, the luminous space of non-separation is experienced by the silent witness consciousness. The mind is quiet and is just seeing-light. Seeing-light and listening-sound are the companions of consciousness in this world and the one before and after. The various delights and benedictions occur spontaneously once the ground experience has acquired some stability.

Meantime you still need a path that purifies, meaning it leads to humility and openness. The silent state is a humble one – “Thy will be done.” Reality is already harmonic; there is just the one step of opening to it.

Sensations, thoughts, emotions all arise and are perceived spatially as immanent to the ground, and are reabsorbed.

The purpose served by the Harmonic presence work is to help you take that step backward, into yourself, letting go of the ceaseless outward flowing of attention, the protection of the “outer world” – let it go. A step forward, into Reality – perfect. Leave behind the endlessly echoing old thoughts, old feelings, and old patterns. The naked body of awareness is one with the elements – light, space, sound, and silence.

The “Harmonic Meditations” are for you, your practise, your awakening, for the songline of your innermost nature. You can stop, look and listen in a new way, one that is familiar to you but which requires your wholehearted participation. In a way, it’s like listening back, way, way back, like those telescopes that see almost back to the beginning of the universe, as if all this were an echo, seen in a light that is outside of time. Deep and still in the heart of the present where the universe and awareness begin.

The silence listens, the song is silent, the listening sings.

Silent listening is crucial. The most basic meditation view here is of the reunited, unseparated quality of silence, listening and vibration-sound. The possibility of an evenness in the field of awareness where sense of separate body and space is dissolved back into unified presence. That evenly recognised omnipresence may be perceived as the light of awareness that is the source of everything. If infuses and creates all being, all that is. It is present there at the first threshold, as the very first stirring of vibration, the very first vibration, whether of the universe or oneself. All is one. And something stirs.

The quieter we are, the closer we get – to the real. Great silence makes for great music.

Space photos from “The Invisible Universe” by David Malin
Produced by Callaway Editions
Little, Brown and Company
Available at www.barnesandnoble.com