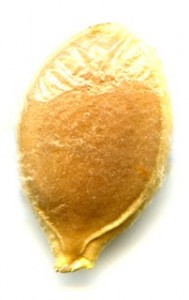 Recently at a growers market, where every second week you can buy organic vegetables – grown with love – I met up with one of the growers. The discussion came around to the seeds from a banana pumpkin. He grows these delicious pumpkins and you won’t find them in many stores or supermarkets around Australia. The seeds are full and rich and beautiful in texture. I find it difficult to throw away seeds from vegetables – in fact very rarely do, particularly the pumpkin seeds. Perhaps it has to do with an inbuilt belief and understanding that just one seed, one small pumpkin seed can feed the world – and in today’s world with over thirty percent of the population struggling to feed themselves – I feel a great inner desire to contribute in some way to that imbalance, in the distribution of food in the world – so I save the seeds. We both agreed that having a jar of pumpkin seeds was pure gold.

Our idea was this: let’s start a pumpkin seed co-op and maybe we can find a way to freely distribute them to countries in need of durable, natural food that is lasting, nutritious and tastes great. Of course this will not solve the world’s food problem, however, if energy follows thought then perhaps it’s a start and you never know where a pumpkin seed might end up. So when next you buy a pumpkin – save the seeds – one day in some way we may be able to collect the seeds – and send them off on a journey of adventure to help feed those who are struggling – it’s just a thought. Imagine the joy on the face of a baby who tastes a beautiful sweet pumpkin for the first time or a family who can bake the pumpkin on an open fire. One pumpkin will produce up to 150 seeds, each plant will give 3-5 pumpkins – that’s 750 pumpkins or another 112,500 seeds – it doesn’t take long to gather a million seeds. That’s a lot of pumpkins and they last for a year.

It’s just a seed thought – one that could feed the world.

3 Responses to A seed thought