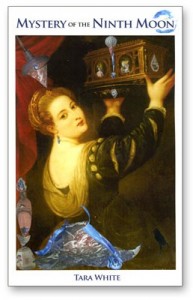 Mystery of the Ninth Moon
By Tara White

Deep in Shamballa, in the Himalayas, the Dalai Lama prepares to move up to a higher plane of consciousness. An astral spirit answers his prayers and appears. Full of love, devotion and wisdom, she comes as a faithful Labrador dog, Chakra. A missionary, a seer who can see the soul’s essence, Chakra is pure and divine wisdom.

Travelling to Australia, she finds Sophie Crystal, an Internet TV reporter and Elsie, a palmist, and awakens their destinies together. Seeing the vibrations and invisible colours and essences of life and the world, Chakra guides them to a belief in a higher and better world. Elsie and Sophie’s deep bond of friendship strengthens when Elsie meets Professor Dee, an expert on Eastern mysticism, who discovers Elsie owns a Tanka box containing ancient wisdom that can only be revealed in Shamballa. Journeying through the perilous beauty of the Himalayas, will they find complete enlightenment and happiness that will change their lives forever? 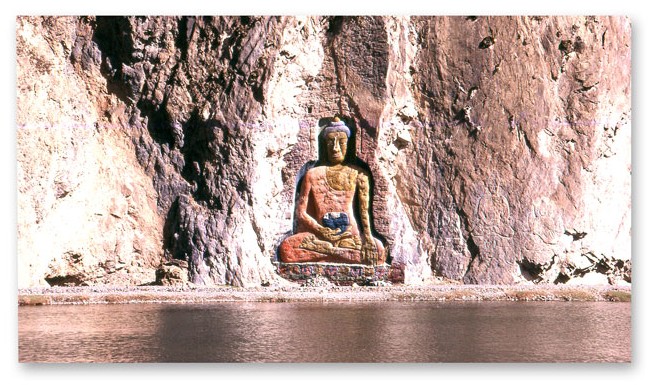 In the deep heartland of mysterious Tibet, lonely windswept plains show their agonised faces through patches of frost, and the tattered prayer flags flap wildly in the eerie night to the mournful icy cry of the unrelenting Himalayan winds. A carpet of gleaming diamonds adorns the firmament. A billion Buddha lights give the harsh Tibetan Landscape a sense of purpose. Here, amongst the desolate, towering peaks, a secluded monastery stands silent, its form silhouetted by the few reddish butter lamps that hang nonchalantly around its cold, granite walls.

Yet, between the jeering, wild winds a soft drone is heard, its soft echo resounding in the depthless mountain canyons. The chanting leads into a huge, oblong-shaped hall, its massive stone walls decorated with images of golden Buddhas, looking down serenely onto a group of lamas and disciples huddled together for warmth. Huge, colourful paintings and banners of previous Buddhas gently sway and fold, giving them a surreal movement. Some of the paintings are so ancient that parts have withered away, leaving a bare brick wall – a sobering reminder that all is impermanent and transient. 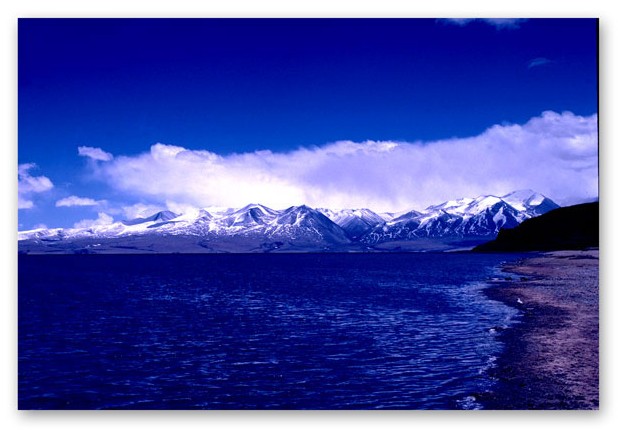 One Response to Mystery of The Ninth Moon