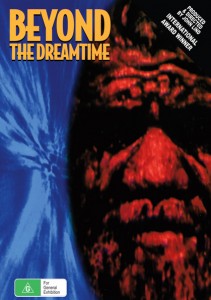 Beyond The Dreamtime
A film by John Lind

Ainslie Roberts has done more than any other white artist to bring the enchanting richness and awesome power of Australian Aboriginal Dreamtime to universal attention.

His vibrant surrealist images not only delight and intrigue the viewer; they lead deep into one of the world’s most ancient cultures and beyond deep into ourselves.

When Ainslie Roberts met Charles P Mountford (who died in 1976), he soon became fascinated by the Aboriginal myths that the famous ethnologist had collected during his research expeditions into Central and Northern Australia. The territory is well known to Ainslie Roberts, who has made many painting trips to the Inland, and as Charles Mountford told him the myths he soon began to see them in terms of colour and design. He commenced a series of paintings, the first “Dreamtime” collection, in which he interpreted the myths about the men, women, and other creatures who created the world as it is seen by the Aboriginals. His imaginative depiction of Charles Mountford’s narrative of the myths, painted in a manner which captured the glowing colours of inland Australia, achieved instant success. In 1965, the myths and paintings were published as a book, The Dreamtime, which has been a steady bestseller ever since.

A million copies of The Dreamtime book series have since been sold in Australia alone – a publishing phenomenon! Why? Because the potent imagery bridges cultural gulfs, touches the ancient wisdom within each of us and arouses a sense of sacredness in all things.
Beyond The Dreamtime is a truly amazing film of breathtaking visual beauty, bringing to life the haunting imagery of dozens of Ainslie Roberts major works, weaving them into the artist’s personal life and illuminating his love of the land.

John Lind has created a masterful film of a gifted artist who painted extraordinary images of The Dreamtime. The film traces Ainslie’s life and travels as he returns to the desert to explore and reminisce on his life and love of the outback and Aboriginal mythology. His personal experiences are insightful and inspirational. The early footage of aboriginals is astounding and captures the natural beauty of these ancient people. The beauty of the Australian outback is captivating and enticing. The film captures beautifully Ainslie’s love of the desert.

Beyond the Dreamtime, through music and visuals, explores the spirit of the Aboriginal people and the land, which is so much a part of their life.

This award-winning film is one of those special jewels, which can be viewed again and again.

The DVD is available through Ronin Films

Birth of the butterflies

When the world was young, the birds and animals had a common language and there was no death. No creature had any experience of death’s mystery, until one day a young cockatoo fell from a tree and broke its neck. The birds and animals could not wake it, and a meeting of the wise ones decided that the spirits had taken back the bird to change it into another form.

Everyone thought this a reasonable explanation, but to prove the theory the leaders called for volunteers who would imitate the dead cockatoo by going up into the sky for a whole winter. During this time, they would not be allowed to see, hear, smell, or taste anything. In the spring they were to return to earth to relate their experiences to others. The caterpillars offered to try the experiment, and went up into the sky in a huge cloud.

On the first warm day of spring a pair of excited dragonflies told the gathering that the caterpillars were returning with new bodies. Soon the dragonflies led back into the camp a great pageant of white, yellow, red, blue, and green creatures – the first butterflies, and proof that the spirits had changed the caterpillars’ bodies into another form.

They clustered in large groups on the trees and bushes, and everything looked so gay and colourful that the wise ones decided that this was a good and happy thing that had happened, and decreed that it must always be so. Since then caterpillars always spend winter hidden in cocoons, preparing for their dramatic change into one of spring’s most beautiful symbols.

From DREAMTIME The Aboriginal Heritage published by Rigby. 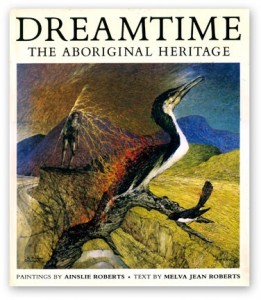 John Lind can be contacted by email:

This entry was posted in Books, Movies. Bookmark the permalink.