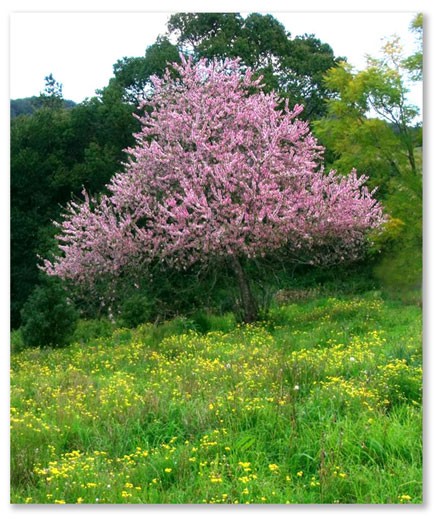 When we find ourselves in tranquil natural surroundings and if we listen with all our senses, physical and subtle, we might become aware of the vital life vibrating through everything – vividly sounding through insect, bird, animal and fish; humming through grass, plants, vines and trees; resonating deeply in earth, rock, mineral and crystal; sparkling through dew drops, rain and streams and seething through rivers and oceans. All seems fluidly alive with a shared frisson of vitality. It’s almost as though we can hear the vital, excited dance of sub-atomic particles that appear and reappear anywhere and everywhere throughout the living energetic web they weave through everything. It can be overwhelming – like a great feast that is way too much to consume all at once – except that the kindness of time and space allows us to taste, know, digest, become nourished and vitalised without drowning in the inconceivable.

What is this all-pervasive livingness we’re in? What is the “human” role in it all? Even at the fundamental physical and energetic level we share the same pool of atomic life and energy with all other forms of the natural world. In The Miracle of Trees Olavi Huikari tells us that we share 50% of our DNA with trees. In our essential, symbiotic, life-sharing relationship with the plant kingdom it absorbs our out-breath (carbon dioxide) as we absorb its out-breath (oxygen). We are intimately interrelated. We consume and are nourished by plant, animal, earth and water and in turn contribute to their living as the One Life we share breathes through us all and directs the cyclic flow of livingness – cycles within cycles within cycles…

Nothing exists in isolation from this one great flow of life. It is an illusion to think so. Yet there is great diversity – between the kingdoms, within the kingdoms and inside every unit. Even the many parts of our physical body coordinate together sharing the blood flow and neural network yet each performing its unique role within that whole (or “ring-pass-not” of integrating intention). Right relationship enables the optimum life and activity of each part, individually and freely performing its own function in the purpose for which the whole system was initiated. We might see illness or dis-ease as ensuing when any part tries to either intrude beyond its role within that purpose or fails to perform. The sensitive calibration of each part within the whole ensures the persistence of the whole – and of each atomic part within greater and greater wholes. The tiniest element is as critical as the universe within which it lives, moves and has its being.

As this pervasive reality sinks into consciousness a newer and subtle discernment emerges. This drives along new thought-lines that are subtly yet powerfully different to earlier human thinking and its resultant expression and impact in the world. Have we participated in our true role in this life-sharing system? Have we supported or hindered its mighty purpose? Have we come to the end of the resources allowed for our self-initiated learning and do we need to acknowledge the lessons and re-orientate into alignment with the great Life we share?

Such a reorientation has far-reaching significance for every unit. Do we apprehend life from an organic, cooperative, appreciative perspective or do we follow past habits of authoritative demand and imposition or whatever it takes to assert the individual existence at the expense of any and all else? Do we approach dis-ease with blame and exclusion or with loving understanding – with problem-focussed judgement or with solution-focussed enquiry? Do we seek to change the world according to our preferred (deemed “superior”) view or do we listen to the contribution of all the realms (both material and subtle) in the unfolding vision and co-creation of the future? Are we attuned to the subtle exchange and sharing of energy, of knowing and of living thought or do we react to surface formulations, theories and words? 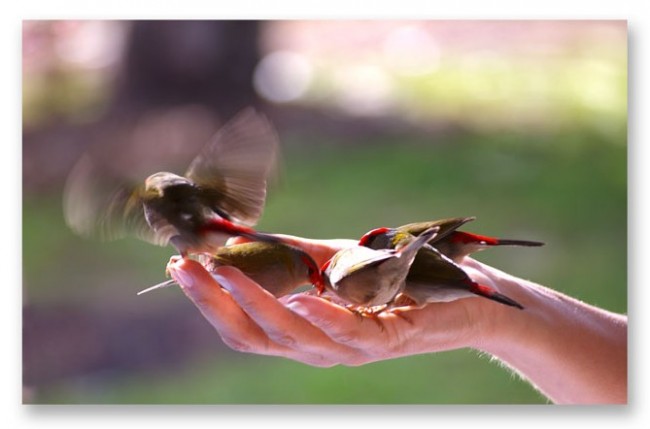 There is a subtle shift rippling through human consciousness from a sense of isolated being and living (the instinctual nature of our animal forms) into a sense of attuned interrelatedness with the greater life pervading all things. It is so subtle that while part of our awareness may be apprehending it, yet older habitual living may still direct activity. Hence the new may be seen theoretically but not as a living impulse into expression. We are finding that this “new” is so different that current words and theories are insufficient to convey it. It expands into a completely different and far more “human” identity that is greater, subtler than all previous understanding and yet incorporates all preceding steps within its unfoldment. It is the first glimmering of a sense of being within a whole which is far more complete, vital, alive and glorious than we might have conceived. We may have caught glimpses in moments of deep meditation or in extreme circumstances such as the so-called Near Death Experience as described in these excerpts from Proof of Heaven by Dr Eben Alexander:

“… Up there a question would arise in my mind, and the answer would arise at the same time, like a flower coming up right next to it. It was almost as if, just as no physical particle in the universe is really separate from another, so in the same way there was no such thing as a question without an accompanying answer. These answers were not simple ‘yes’ or ‘no’ fare, either. They were vast conceptual edifices, staggering structures of living thought, as intricate as cities. Ideas so vast they would have taken me lifetimes to find my way around if I had been confined to earthly thought. But I wasn’t. I had sloughed off that earthly style of thought like a butterfly breaking from a chrysalis.”

“… I could see that the earth was a place where good and evil mixed, and that this constituted one of its unique features. Even on Earth there is much more good than evil, but earth is a place where evil is allowed to gain influence in a way that would be entirely impossible at higher levels of existence. That evil could occasionally have the upper hand was known and allowed by the Creator as a necessary consequence of giving the gift of free will to beings like us… Small particles of evil were scattered throughout the universe, but the sum total of all evil was as a grain of sand on a vast beach compared to goodness, abundance, hope, and unconditional love in which the universe was literally awash. The very fabric of the alternate dimension is love and acceptance, and anything that does not have these qualities appears immediately and obviously out of place there.”

“… But free will comes at a cost of a loss or falling-away from this love and acceptance. We are free; but we are free beings hemmed in all around by an environment conspiring to make us feel that we are not free. Free will is of central importance in the earthly realm: a function that, we will all one day discover, serves the much higher role of allowing our ascendance in the timeless alternate dimension. Our life down here may seem insignificant, for it is minute in relation to the other lives and other worlds that also crowd the invisible and visible universes. But it is also hugely important, for our role here is to grow towards the Divine, and that growth is closely watched by the beings in the world above… Our truest deepest self is completely free. It is not crippled or compromised by past actions or concerned with identity or status. It comprehends that it has no need to fear the earthly world, and therefore, it has no need to build itself up through fame or wealth or conquest.”

“… I saw the abundance of life throughout the countless universes, including some whose intelligence was advanced far beyond that of humanity. I saw that there were countless higher dimensions, but that the only way to know these dimensions is to enter and experience them directly. They cannot be known or understood, from lower dimensional space.
… Deep down we already know. Just as Dorothy in the Wizard of Oz always had the capability to return home, we have the ability to recover our connection with that idyllic realm. We just forget that we do, because during the brain-based, physical portion of our existence, our brain blocks out, or veils, that larger cosmic background, just as the sun’s light blocks the stars from view each morning. Imagine how limited our view of the universe would be if we never saw the star-spangled nighttime sky.
… In order to return to that realm, we must once again become like that realm, even while we are stuck in, and plodding through, this one.”

And so we journey on to “the newer and sacred art of being and the wonder of living as a soul” [A Treatise on White Magic, page 420] so that the greater Life might unfold through us.

“When the sun progresses into the mansion of the serving man, the way of life takes the place of the way of work.
Then the tree of life grows until its branches shelter all the sons of men.
The building of the Temple and the carrying of the stones cease. The growing trees are seen; the buildings disappear.
Let the sun pass into its appointed place, and in this day and generation attend ye to the roots of growth.”
[A Treatise on White Magic, page 426]

One Response to The Tree of Life