Deva (or Angel) A God. In Sanskrit a resplendent deity. A Deva is a celestial being, whether good, bad or indifferent. Devas are divided into many groups and are called not only angels and archangels but lesser and greater builders. They are responsible for building all forms (from the microcosm to the solar system) which consciousness uses as a vehicle – from a flower, to a human being, to a planet. They are the great “impulsive factor” in manifestation, organising substance, directing the multiplicity of lives and beings who constitute the forms through which God expresses divinity.

Working with the Spiritual Hierarchy of our planet are a great number of beings called angels by the Christian and devas by the oriental. Many of them have passed through the human stage long ages ago, and work now in the ranks of the great evolution parallel to the human, and which is called the deva evolution. This evolution comprises among other factors, which produce, through those builders, every form familiar an unfamiliar. The devas who co-operate with the spiritual hierarchical effort, concern themselves therefore, with the form aspect while the others members of the hierarchy are occupied with the development of consciousness within the form.

Man should communicate to the devas the objective point of view, while they in turn will pour in on him their healing magnetism. They are the custodians of prana, magnetism and vitality just as man is the custodian of manas – mind. Devas are the directing agents of the divine energy which implements the purpose of deity upon the physical plane. They are the expression of “the all seeing eye” – through their agency God sees and through them and the energy directed through them, he directs the creative process. God is mind, God is intelligent functioning, God is creative activity. These are the qualities of the deva evolution. 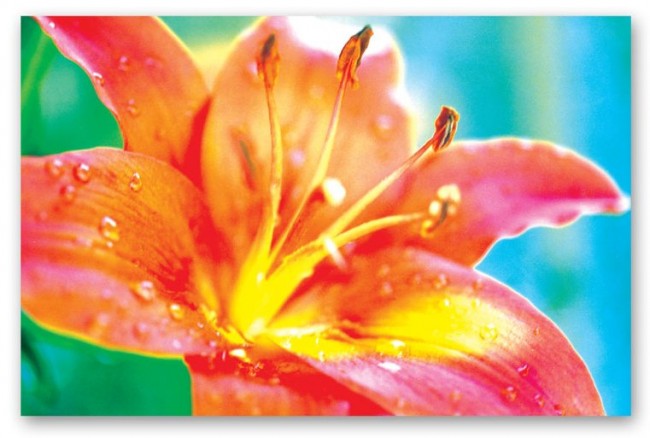 Machaelle Small Wright is a spiritual pioneer with the profound ability to “see” and “hear” the invisible forces of nature. Her personal story is one of triumph, from a childhood of torment and isolation to discovery of her ability to communicate with the world of nature spirits and devas.

At “Perelandra”, her 45 acre private nature reserve center in Virginia, Machaelle devotes her life to understanding and demonstrating a new approach to ecological balance.

A book beyond theory, ‘Behaving as if the God in all life Mattered’ will excite the minds and capture the hearts of all who dare to dream of a dynamic world of harmony and compassionate living.

“Each day I would become quietly focussed and connect with the devic level. A deva would come into my awareness and identify itself. I was then given instructions. I was told what seeds to buy, what fertiliser to use, how far apart to plant the seeds, and to thin the plants and how much space to leave between the rows, desired amount of sunshine and so on.

As each deva came into my awareness, I noticed that there was a slight shift in vibration, that each had its own vibration. After awhile, I could recognise which deva was entering my awareness. This led me to develop the ability to call upon specific devas by “aiming” my awareness for the deva’s own vibratory pattern. It was as if I was faced with a gigantic telephone system and I had to learn how to make all the different connections. Then I was able to make calls in as well as receive calls.

One day, I felt a very different, more expansive vibration and found myself connected to the Overlighting Deva of the Garden. This deva talked about such things as the overall layout of the garden, its timing, its progression and its shape. From it, I was also told to change my gardening methods to the mulch method – a method whereby six inches of hay, grass clippings and leaves are kept on the garden at all times. Two years later, I was told to switch from the traditional straight rows to a garden on concentric circles.

The rhythm of one deva after another contacting me continued throughout that spring and early summer. I wasn’t given the “full scoop” on any one subject. Rather, I received just what I was to act on at that moment. Then, at a later time, I got more information. After each session, I jotted down in a notebook what information had been given to me, either practically or as an insight about what I was doing and why. Then, as soon as I could, I acted on anything that needed doing.
To give you an idea of the kind of insight that comes from the devic level, I share with you some examples of the messages. I received this first one on March 22 1977.

Overlighting Deva of the Garden

We urge you to join our creative process. When you plant a seed, invoke the deva and nature spirits connected with that seed. The seed is the door between you and the various energies that are drawn together on the devic level and cared for by the nature spirits. Once you have planted the seed put out the call for the devas to draw together all the individual energy components of that variety. Ask that the nature spirits receive the energies and, in essence, fuse them to the seed. The seed contains the potential of the plant’s perfection. The grounding of the plant’s energy into the seed activates that potential and transforms it into five-senses reality. As you call the energy into five-senses form, see its energy channel touch the seed as it is grounded by the nature spirits.

By joining in our creative process in this manner, you will begin to see the importance of working with the nature energies with clarity. We urge you to plant the garden in this new way and see the difference your clear participation as a co-creative partner with us makes in the germination of the seeds and the quality of plant growth.

Each of us can receive the same devic message, but because we are all individuals, we will translate the message differently. The essence and core of the devic message will remain intact. Only the precise translation will differ.

Each plant sounds a note, which attracts its builder to it and calls substance to itself through the nature spirits. We devas know the individual notes for all in our charge, and we sound them, like tuning forks, to be picked up by each plant. When a seed is ready to germinate, moisture and warmth do not of themselves set its note vibrating – we do that. We set the seed on its way and hold out its note before it to follow. That note changes with growth and stages, as does man whose voice changes as he advances into maturity.

We feel it is high time for man to branch out and include in his horizon the different forms of life, which are part of his world. He has been forcing his own creations and vibrations on the world without taking into consideration that all living things are part of the whole, just as he is, placed there by divine plan and purpose. Each plant, each mineral has its own contribution to make to the whole, just as each soul has. Man should no longer consider us as lower forms of life with no intelligence and therefore not to be communicated with.

The theory of evolution that puts man at the apex of life on Earth is only correct when viewed from certain angles. It leaves out the fact that God, universal consciousness, is working out the forms of life. For example, according to generally accepted regulations, I am a lowly lily unable to be aware of most things and certainly not able to talk with you. But somehow, somewhere is the intelligence that made us fair and continues to do so, just as somehow, somewhere is the intelligence that produced your intricate physical body.

Consider the lily, consider all that it involves, and let us grow in consciousness, unity and love under the One.

From “Behaving as if the God in all life Mattered”
Machaelle Small Wright
Published by Perelandra
Available at www.perelandra-ltd.com 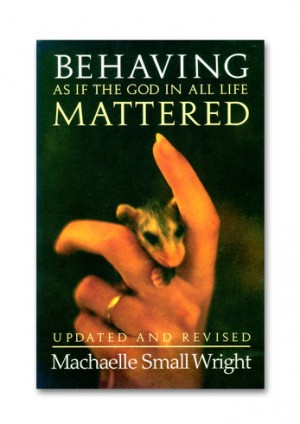 One Response to Devas