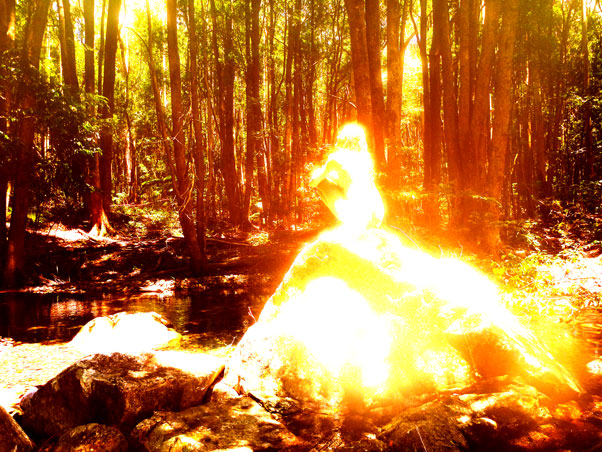 “The sun is a great magnet.” So says The Secret Doctrine. To esotericists-in-training the sun is synonymous with the indwelling higher nature, steadily exerting its pull upon the outer form throughout the evolutionary cycle. As consciousness awakens, the sun becomes recognised, first, for its outer physical light and heat-bearing properties which nourish and sustain life on earth. Then, gradually the inner spiritual nature of the sun – “the Heart of the Sun” – becomes known to the aspirant as he begins to respond to its subjective pull: to “the great magnet” of the sun which holds all bodies within its orbit, not only physically but subjectively as well, through its magnetic and radiatory energies which produce friction and awakening consciousness within all forms.

Occultly, it is said that the physical eye came into being in response to the light of the sun, and that the “spiritual eye” – the ajna centre – develops in response to the dawning spiritual sun. This brings to mind the biblical passage: “In that light shall we see Light”, suggestive of a hint about the nature of service of a disciple.

It would seem that we have, each of us, to become sun-like – to become light bearers bringing radiate illumination to the ways of all who live on the earth. Just as the solar orb holds its solar system of planets magnetically within its orbit, so is every human being potentially a radiant sun with solar system, an environment, in need of radiatory light.

This radiation of the disciple cannot be summoned from personality resources; it can never be forced or created. Yet, at a certain stage of spiritual development, it simply is.

Such radiation is an effect of identification, for it is the result of a form’s response to the pull of a greater life and a growing capacity to identify with that life. And in so responding, such identification expands in greater and greater arcs until gradually, ultimately, far distant upon the path, the whole becomes encircled in consciousness.

For the developing disciple, becoming “sun-like” means the capacity to bring radiance to his environment through a growing identification with the essential life within others; with the “imprisoned splendour” of the poet Browning, which awaits release into fuller expression. Such a radiatory life cannot be created nor can it be brought to another; it can only be evoked from every living thing, be it a plant or an animal or a fellow human being, within one’s sphere of influence, bringing all closer to “the Heart of the Sun wherein all things are known and felt, and through which all forms, all beings and all things can be bathed in love”.

“In that light shall we see Light”, the light shared by and belonging to all, though dimmed by the imperfection of evolving forms. It is the mutual recognition of the many points and their joining into subjective inter-relationship, which has created the magnetic aura of the new group of world servers. Through all who identify with this group, seeking to cooperate with its purpose and blending their little points of light, the new group of world servers will fulfil its promise and become the planetary light-bearer of the Aquarian age, the radiant torch to light the way for a needy humanity. 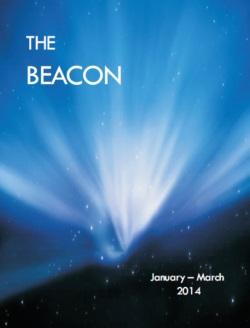 The Beacon
A magazine of esoteric philosophy, presenting the principles of the Ageless Wisdom as a contemporary way of life.

Published four times a year and available by subscription from:
www.LucisTrust.org