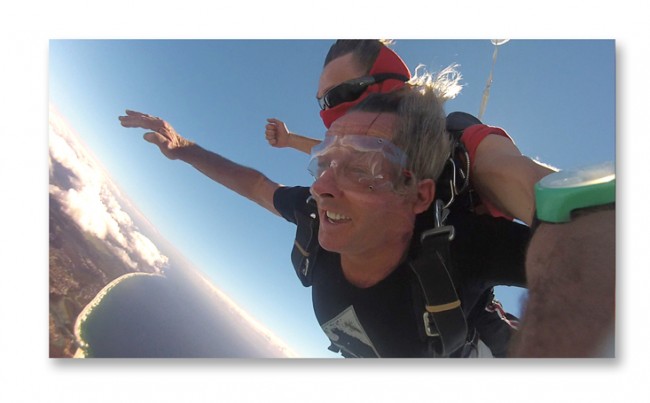 One of the most difficult things in life for everyone is learning to let go. When we consider our own lives and the lives of those closest we often observe how clinging causes great disruption and suffering.

Rarely do we realise at the time that another door is on the verge of opening. What is it that stops us from “letting go?” Even though in many cases we intuitively realise that it’s the right thing to do. Perhaps in the burden of our own self-importance it gives meaning to our very existence in being here.

Eventually we realise that there’s nothing really to hang on to as clinging often leads to lost opportunities: the more we hold onto what we believe to be precious, delays what awaits us. With time we realise that and in “letting go” our lives improve enormously – always for the better.

In the Buddhist teachings it is said that clinging brings suffering. The mind grasps hold of what it is we consider to be important at the time – in letting go it doesn’t become less important, it just frees the mind and the suffering, which is often born in the mind.

Recently a friend was given a sky diving ticket for a birthday present. For various reasons time went by until eventually the skydiving company gave her an ultimatum, “use it or lose it”.

On a bright day over Byron Bay we decided to do the jump together – the first for both of us. It would be from 15,000 feet. We would free fall for 10,000 feet at 240 kilometres an hour before the parachute would open. We had three days prior to the jump to consider and reflect on the decision and prepare ourselves mentally for the experience. Certainly it gives vertigo another meaning. Having trust and faith and “letting go” is a profoundly momentous experience, considering the situation. 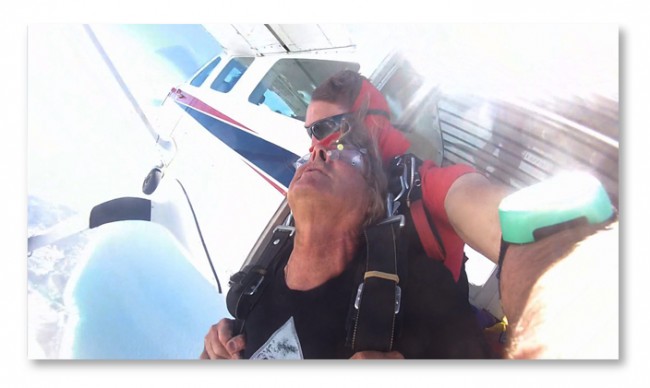 No one can really prepare you for that moment – that transition from one state of being to the next. However, inevitably, at some point every human being born into this world will be faced with that decision. Once we can actually embrace that then the quality and perfections of life increase enormously. It’s as if the superficial falls away and the real emerges into another state of being.

As we ascended, the coastal town of Byron Bay seemed to disappear into a tiny speck in the distance. We were rising higher, an apprehension existed inside the aircraft as everyone realised the time was approaching, the decision had been made, there was no turning back.

My instructor whispered in my ear that the chute would automatically open at 2000 feet if things went wrong. As if to assure me that all would be OK. He said, “Just enjoy the moment. Things are going to move really quickly.” With three and a half thousand jumps behind him that wasn’t even on my radar. I was ready.

The red light started flashing. The side door was opened, the first diver went, followed closely by the second, I was the third. Sitting on the edge of infinity I closed my eyes and in the briefest moment I felt the rush of air, opened my eyes and was flying in space, completely free – falling in a state of exhilaration, the beauty of the moment was breathtaking. On the other side of the door a new world had opened, the light was incredible, the experience beyond words. In letting go, I was re-born into a state of bliss. It was a great birthday. 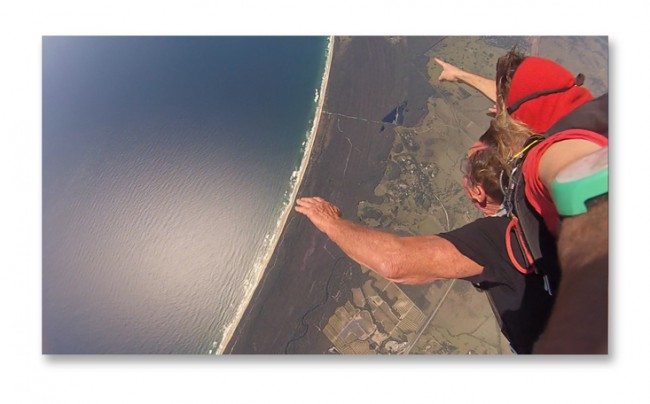 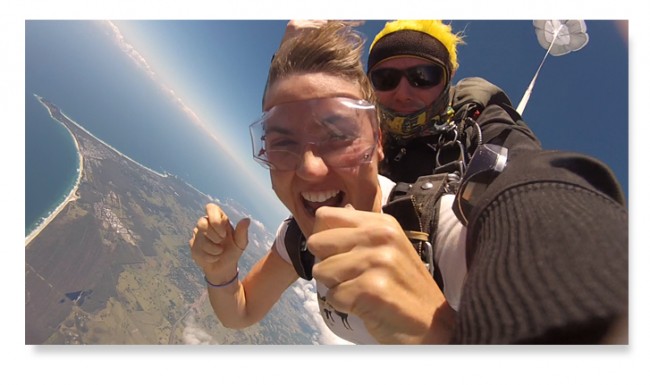