I don’t remember how I stumbled onto this book but I am overjoyed that I did. It is truly a magical tale of beauty and love, of the invisible world of spirit set in a time and place best known to lovers of fairytales and myths. It is a modern fable, a way of understanding who we are now and how our search for identity affects our perceptions and actions. Ben Okri’s imaginative prose takes you on a magic carpet ride unlike anything you’ve previously experienced.

It is better to be invisible. His life was better when he was invisible, but he didn’t know it at the time.

He stood in the utter darkness of light, at the threshold, under the arch, in deep silence, when he heard again the question he hadn’t answered three times before. But this time the question had changed and the voice asking it was angelic.

“What is the purpose of invisibility?”
Again silence weighed down his mind. But as he stood there, trembling in his inability, he felt the presence of his third guide and, without thinking, replied:
“Perfection.”

The lights became brighter, dissolving him in their deeper darkness. And the voice, more urgent, more seraphic, said:
“What is the dream of the invisibles?”
The silence that swelled in his mind made him soar into the edges of the light, flailing in the air. He was helpless and stricken with terror. But before he started to scream, the spirit of his second guide came to him and, with his heart beating faster under the mystery of his own clarity, he cried:
“To create the first universal civilisation of justice and love.”

After a brief silence, he heard strains of music. Then he saw, briefly, a faun playing on a flute. It played notes of such heartbreaking beauty that he started to weep. Then the music ceased, and the vision disappeared. The light and the darkness were now one.
And the voice, quieter now, almost inaudible, as if a deity was speaking with the register of the wind in the tall grass, said:
“What is the mystery of the bridge?”
Lost in the perfect equality of darkness and light, of silence and sound, he wandered in the cool spaces of the question. Not afraid anymore, but brimming with joy, he felt the presence of his first guide. And, with a smiling voice, he replied:
“Creativity, and grace.”

At that moment he was overcome with light, flooded with a supernal intelligence. He could feel the appreciation of the Invisibles. He could feel the warm brilliance of their smiles. It was like a faint golden mist in the hall, a fragrance of sunlight.
He became a child.

Astonishing the Gods is available on Amazon.com 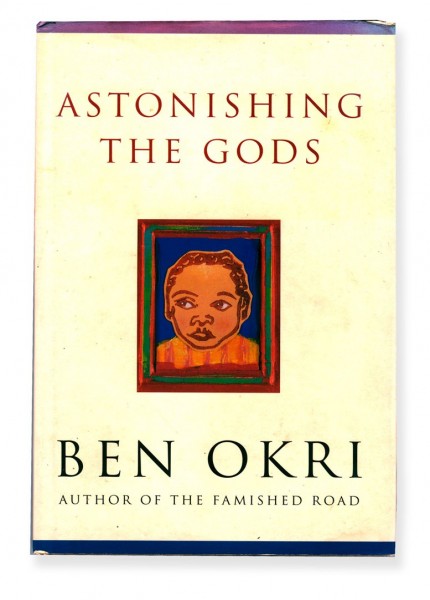 One Response to Astonishing the Gods